OK, my blog is obviously geared toward how to make money online. But sometimes I feel the need to post an off topic subject I think is important; and this is one of those times. There have been recent posts on Facebook and social media sites claiming you should dial 112 (from cell phones for a faster response) for emergencies instead of 911. But, by dialing 112 in the U.S. and Canada, the call is NOT faster because it has to be converted to 911; and there is no guarantee on this conversion or that the call will even go through period! Authorities are also advising people not call 112 just to “test” and see if it works, as it could interfere with people calling for actual emergencies and waste resources.

A similar story was shared by another individual recently on Facebook. The problem was, however, it contained potentially lethal instructions to call for emergencies; and here’s why: it instructed you to call 112 (instead of 911) from cell phones, in “all 50 states”. But from a quick Google search, as stated above, I found this may actually put some people in danger; because, while 112 may be (and I’m not even sure of that) the standard for emergency calls 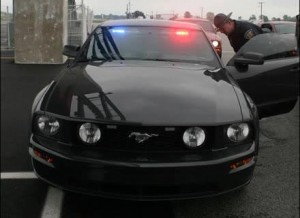 some European Countries, it is certainly not the standard in the US;therefore, I have removed all 112 references and replaced them with 911 instead. This is still an amazingly good message; it just needs the proper context (use 911)!

But I’ll stipulate another disclaimer: this should not only apply to unmarked police cars; you have the absolute right to exercise this same measure of safety with “marked” police cars as well. In either case, just put your hazards on and drive slowly to the nearest populated area where you feel safe. And you can certainly call 911 in the meantime if you feel something extra suspicious might be happening.

This originally was said to have occurred in another country but could easily happen anywhere. An UNMARKED police car had just pulled up behind Stefanie and put his police lights on! Stefanie’s parents had always told her, “Never ever just pull over for any unmarked car on the side of the road; they said, instead, wait until they get to a fuel station, etc”. They also told her never be afraid to call 911 if that inner voice told her to.

Stefanie had actually heeded her parent’s warnings, and immediately dialed 911 on her cell phone to notify the police dispatch she would not be pulling over until she arrived at a public area. She also told dispatch there was a, seemingly, unmarked police car with red flashing lights on the rooftop following her. The dispatcher searched the database to see if any police cars were in her area and they were not!!! The 911 dispatcher told her, “Continue driving, stay calm, and actual police cruisers and backup would be on the scene very soon!”

Well, about 10 minutes transpired and, suddenly, four police cruisers emerged on the scene, surrounding her and the unverified unmarked police car which had been following her. One cop came to Stefanie’s side and the remainder of them surrounded other person’s car who had been trying to pull her over. The guy was pulled from the car and thrown to the ground! Turned out, this guy who had been trying to pull Stefanie over……he was actually a convicted rapist! He also had outstanding warrants for additional crimes! Yes, Stefanie was a very lucky girl that day and very fortunate to have been given such great advice from her parents.

The END.
——————————————————
In summary: The Take home message here is when you are alone in the car, especially women, you should NEVER pull over just anywhere for an unmarked police car; in fact, you don’t even have to pull over just anywhere for a seemingly “marked” police car, even if it looks legit (disclaimer, I’m assuming you are not a raving lunatic and just committed some heinous crime). Don’t be afraid to use 911 when your own inner voice is talking to you. Under reasonable circumstances, police do have to respect your right to go to a safe public place for the police encounter. So just put your hazards on, drive slowly, and pull up to the nearest public area or parking lot. Just know, while some police will be totally understandable of what you are doing, others, a small subset of cops known as hotheads, will indeed throw a hissy fit; so be prepared for that possibility and don’t “freak out”.

Pull over in an area where, if you had to, you wouldn’t need to backup to leave quickly. You want to be in an area where you could drive forward suddenly if you had to! So if the person started doing something crazy, like beating your windows with crowbars or shooting, you could just hit the gas, drive forward, and make a quick getaway; therefore, until you are sure of the person’s intentions, leave your car in drive with your foot on the brake. Sure, all this could get twisted around and get you in more legal trouble; but at least you’ll be alive. And I’m not kidding, print this article out, keep it in your glove box, and you can always show it to any irate policeman or judge for some an immediate dose of understanding.

Once pulled over, if you feel you need to call 911 and they can help mediate the situation with the “officer”. With that said, expect the cops to be on alert when they get to you. There may be multiple police cars (I see that as a good thing because it improves your chances they are real cops). Their gun(s) may be drawn, and they may be screaming at you. This is the time to keep your composure. Don’t be digging through your purse or glove box and get yourself shot. Keep your doors locked but crack your window enough to talk through. If it is dark out, have your interior lights on, radio should be off, and keep your hands in plain sight (preferably on top of the steering wheel). This is the time when you want to use very good judgment. If you are still uneasy, listen to that intuition. You have the absolute right to ask for the officer’s identification, call his police station and verify his identity; just have him slide his ID through the crack in your window.

In conclusion: if you are in the US, forget about all this nonsense to call 112 and just do what you’ve always been taught in an emergency and dial 911. You may want to send this to every Man, Woman & Youngster you know; it may very well save a life.

For information on how to make money online from a blog or online business, join my mailing list and (or) feel free to contact me (details below). 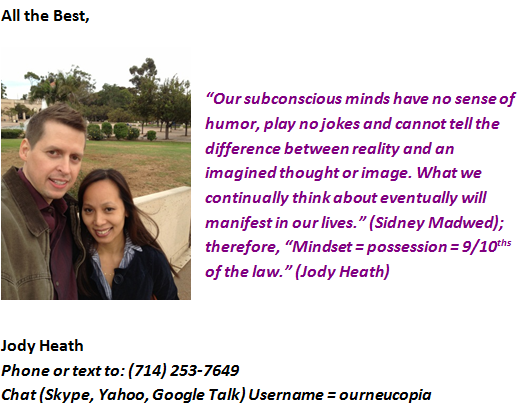 Synopsis: Truthfully, a monkey can be taught how to install WordPress. The problem, however, is there are varying levels of optimization of a blog. Do you want a slow one or fast one? Want one full of glitches or mis-configured? Let me help you choose the right pluggins and get it set up right the first time, so you can get on to the part everyone likes, which is making money!......
Read More >

HUGE TAX BREAKS FOR OWNING A WORK AT HOME BUSINESS

Synopsis: Instantly save $3,000 to $5,000 in tax incentives and write-offs, the minute you start a home based business. You can get a legitimate work at home business for as little as $49; and as Sandy Botkin says, of Taxbot, you’d be crazy not to have a home based business. Did you know, if you live in the US or Canada, there are two tax systems? One system makes you broke (being employed, aka your JOB, aka W-2 income)......
Read More >